How not to say sorry

It’s a strange truth that most of us save the worst of ourselves for those that are closest to us – none more so than our partners. In spite of a whole catalogue of lamentable behaviour in my relationship, I have always thought of myself as at least being good at apologising afterwards. That was until I stumbled across the work of  the Psychologist Harriet Lerner  and I came to realise that I am actually the master of the false apology, the half apology and the non-apology!

In her book ‘Why Won’t You Apologise’ Lerner outlines some different types of what she calls pseudo-apologies. As I read her book I came to realise that whilst the words “I’m Sorry” come relatively easily to me, I rarely offer a true apology.

“Tracey, I’m really sorry that I cut across you when you were telling that story at the party but you were exaggerating so much that it just wasn’t true”

Lerner argues that no matter how true or valid what comes after the but might be – it undermines the apology. In effect what I’m saying is ‘given the whole situation, my rudeness is pretty much understandable’.

Lerner argues that the best apologies are short and don’t include explanations that run the risk of un-doing them. She helpfully explains that if there is any underlying issue then the time of the apology is not the time to address it! The apology can lay the ground for future communication but timing is essential. So I need to raise any issues I have with the truthfulness or otherwise of Tracey’s stories at a later time.

The ‘I’m Sorry you feel that way apology’

“Tracey, I’m really sorry that you feel hurt by my recent quietness and you feel that I have been ignoring you.”

Lerner argues that one of the common ways that we can slither away from taking responsibility is by apologising for the other person’s feelings rather than for specific behaviour on our part. She argues that this can effectively reverse the blame and imply that the other person is oversensitive or overreacting. 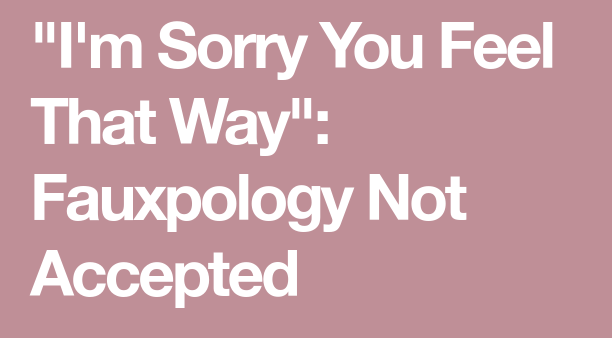 The ‘I’m sorry if’ apology

Again Lerner argues that we need to be aware of the little clauses that we add to our apologies that make us sound less committed to the apology and weaken it’s impact.

The ‘Forgive Me Apology’

Lerner suggests that another way to ruin an apology is to see it as an automatic ticket to forgiveness. This turns the focus of the apology towards you and your need for reassurance. She argues that if you expect or demand forgiveness or request it prematurely, then you may end with a failed apology.

She argues that if a person feels pressure to forgive then it gives them less emotional space to sit with necessary feelings, such as pain or anger, and to possibly come to a place of forgiveness later. She writes:

“When we offer a genuine apology it is only natural to want our apology to lead to forgiveness and reconciliation…. But demanding forgiveness can undercut an apology by making the other person feel rushed and even wronged all over again. Apologies often need their own time and space to take hold…..High stakes situations call for an apology that is a long distance run – one that may require us to sit on the hot seat and listen with an open heart to the anger of the wounded party on more than one occasion”

The ‘all about me’ apology

Lerner argues that part of a true apology is to stay curious about your partner’s experience, rather than hijacking it with your own emotionality. A problem occurs when the conversation ends up with the hurt party focusing on the pain of the one apologising. She writes:

“A heartfelt apology is not about you. If your intention is to offer a genuine apology it is the hurt party’s anger and pain that matters. Save yours for a different conversation” 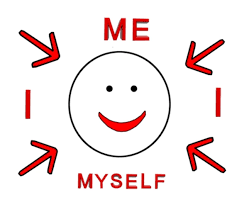 Lerner argues that the right way to say your sorry depends on who you are saying sorry to, because people differ in the words that they need to hear in order to accept an apology as sincere. She points to the work of Gary Chapman and Jennifer Thomas on the ‘The Five Languages of Apology’  In their research they found that there are 5 potential aspects to an apology and we are likely to have a preference for ones that we want to hear:

I know that I have a need to hear Tracey ‘Express Regret’ and ‘Accept Responsibility’ – whereas when I apologise Tracey really needs to hear that I am going to change! Our natural inclination though is to offer the apology that we would want to hear, rather than the one our partner needs to hear.

If you are anything like me it is never too long until it becomes necessary to offer the next apology. Are there any of the characteristics of Lerner’s non-apologies that resonate with you or that you think that you might be guilty of. With your next few apologies try to catch yourself and try to go with some of Lerner’s principles:

If you feel that this is an area that you need to practice in your relationship you might want to check out Harriet Lerner role playing how to make effective apologies with Brene Brown on Brene’s podcast. 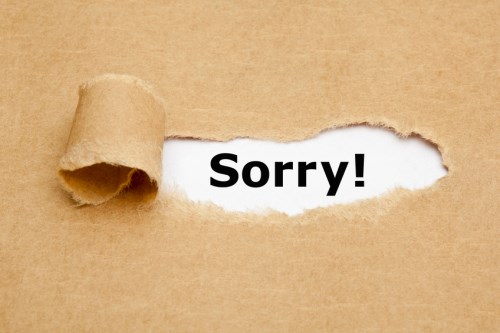 Father, husband, teacher, coach, Richard is a director of Pickwell Manor Ltd and the co-founder of the Pickwell Foundation - a grant making charitable trust focusing on displaced people and climate change. He has a diploma in Business, Executive and Life Coaching and a background in post 16 education, in which he taught and managed Social Science subjects. He has a particular interest in how values shape individuals, relationships, families and organisations.

We are currently taking a break from our retreats but hope to be back with you in 2022. In the meantime, if you would like to be updated with our news and continued blog posts please add your details here.